It\’s a common question that many people ask: is it easy to learn Spanish after French? The answer, of course, depends on the person. But in general, learning Spanish after French is not too difficult. Both languages are Romance languages, so there are many similarities between them.

However, there are also some differences. In this blog post, we will discuss the similarities and differences between Spanish and French, as well as provide tips for learning Spanish after French.

How to be bilingual in French and Spanish?

There are a few different schools of thought on this question. Some people believe that Spanish is easier than French, while others believe that the two languages are equally difficult.

In general, however, it is thought that Spanish may be a bit easier to learn for those who have already studied another Romance language. This is because the grammar structures of Romance languages are often quite similar to one another.

The Difficulty of Learning Spanish and French

Being bilingual has many benefits, so it\’s definitely worth taking the time to learn both languages. Spanish and French are both widely spoken languages, so learning them will give you the ability to communicate with a large number of people.

As a result, each language has its own unique flavor and style. Whether you\’re looking to learn a new language or simply interested in exploring different cultures, learning Spanish or French can be a rewarding experience.

Spanish and French are two of the most difficult languages to learn. They are both Romance languages, meaning they share a common origin in Latin. As a result, they have many similarities in grammar and vocabulary. However, they also have some significant differences. For example, French has a complicated system of verb tenses, while Spanish uses different words for males and females. As a result, learners often find themselves confused when trying to master these languages. In addition, both languages are spoken in a wide variety of countries, each with its regional dialects. This can make it difficult for learners to understand native speakers from different regions.

Despite these challenges, however, many people continue to study Spanish and French to improve their career prospects or simply enjoy the beauty of the language.

The Easiest Romance Languages to Learn

Both Spanish and Italian are Romance languages that are derived from Latin. They share many similarities in terms of grammar and vocabulary, which makes them relatively easy for a French speaker to learn. However, there are some differences as well, so it is important to be aware of these before you start learning.

In Spanish, for example, stress is typically placed on the last syllable of words, while in Italian it is often placed on the penultimate syllable.

Additionally, Spanish has a more phonetic spelling system than French, meaning that words are generally spelled the way they sound. This can make pronunciation a little easier for Spanish learners.

Which Language is Easier to Learn: Spanish or French?

When it comes to learning a new language, there can be a lot of debate over which one is the best to start off with. In this case, it is suggested that Spanish may be slightly easier due to its phonetic nature – meaning that the written words more closely match how they are pronounced. This makes it easier for beginners to learn and get the hang of pronunciation early on.

That said, it is by no means impossible to learn French or Portuguese later on

if you are fluent in Spanish, you will likely find that learning these two languages is much easier than someone who is starting from scratch. Ultimately, it comes down to personal preference and what you hope to achieve with your language learning endeavors.

Previous Post: How Learning Latin Can Help You Learn German?

Next Post: Which Language Should I Learn: Italian or French? 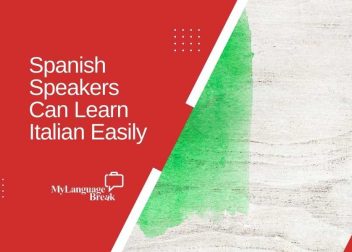