Do you know the Spanish names of the days of the week?

Have you ever tried to learn Spanish and struggled to come up with the words for the days of the week? Do you feel less confident when speaking to other people or writing sentences? If you’ve ever wondered what words you should use when writing the days of the week in Spanish, this simple article will help you make the right choice.

If you have never tried studying a foreign language, then you need to know that it can be a very daunting task. You will need to study every day to grasp it and make yourself understood by native speakers. When you are trying to pick up a new dialect, you usually begin by learning the alphabet and the basic vocabulary. But when you study a foreign language, you have to master a lot more than just grammar and vocabulary. You have to know how to say the numbers correctly, how to pronounce alphabets, what the days of the week are called in that dialect, and how to remember them.

For any language student, it’s essential to have a grasp of the days of the week. In English, we simply call these “days.” However, if you’re learning Spanish, the days are called “días.” There are seven days in a week.

Spanish is one of the most spoken languages in the world. It has roots that date back to olden times, but it’s also one of the most dynamic languages of the modern era. This implies that Spanish has been evolving over time, developing new words and changing existing ones.

What’s a better way to understand and make sense of the days of the week quickly? Here’s a quick guide to help you out.

Spanish Days of the Week

In Spanish , the week is divided into seven days, and these are called Días de la Semana (literally, “Days of the Week”). The Spanish language has seven days of the week namely: Domingo, Lunes, Martes, Miércoles, Jueves, Viernes and Sabado. The names of the days are the same in all Spanish-speaking countries, but they are different from English.

This is the first day of the week. The name stems from the word domingi, meaning “day of the Lord”, a phrase used by the Church in relation to Easter. In medieval Spain, it was called dies sanctus (holy day) because on this day, Christians observed Mass. In Spain and other Hispanic countries, Sunday is not a working day. It is the day for rest, leisure and family activities.

This implies Monday in Spanish, and it is the second day of the week. The name of this day stems from the word luna, meaning moon. On this day , people usually go to work and school and many people like to spend their time with their families and friends. It is the second of four months in the Gregorian calendar. It is also the second of two weeks in the Lunisolar almanac, which differs from the Gregorian almanac in its use of lunisolar almanacs instead of solar almanacs. The lunisolar calendar, which was introduced by the Roman Empire, has been used in Spain and most of Latin America for at least 2,000 years.

When the Romans invaded Europe and established a military presence, they named days after their gods. It comes from the word for Mars, the God of war according to Rome mythology.

Wednesday is known as “Miércoles” in Spain. There are different theories on how the name came to be. Some say it was named after the phrase, “Mensis Mercurii”, which means “the week of Mercury”. Others say that it derives its name from the Roman god of trade, Mercury, because it’s the day of his birth.

Thursday, the fifth day of the week, stems from the mythology of the god, Jupiter. In the old Latin calendar, it was known as “dies Jovis,” or Jupiter’s day, according to Webster’s New Universal Unabridged Dictionary.

Friday was named in spanish after the goddess Venus. Venus was the goddess of love, beauty, sex, and fertility. Venus, the goddess of love and beauty, is represented as a young woman wearing a wreath of flowers and carrying an olive branch. She’s often seen on coins and pottery.

Saturday is named sábado in Spanish. The origin of the word sábado is a little tricky to trace, but some believe it may have originated from the Anglo-Saxon word sabda (“sabbath”).

Spanish is very wide and has a wide range of terms which can be used in relation to one another. It is not uncommon to come across a set of recurring phrase while discussing certain topics. In this section, you’ll learn some other terms commonly used when talking about days of the week in Spanish and their meaning in English. This will help enrich your vocabulary when talking to other native speakers.

Here is a list of some of the more common terms you might come across when discussing the days of the week, time and dates and what each of them means:

How to Say Today

When you’re trying to relate with a Spanish-speaking audience, it’s essential to know how to say certain phrases and words. “Today” is translated as hoy, literally, “the day.” If you want to say the day of the week, you can say the full day, using the Spanish word for “day”: el día. Here is an example of using hoy in spanish :

How to Say Tomorrow

If you need to say this in Spanish, you’ll have to make use of the word mañana. It is in the future tense. This is something you can start using when writing as you become proficient in the spanish language. Here is an example of using it in spanish:

How to Say Yesterday

Saying “Yesterday” in Spanish is just as easy as saying it in English. All you need is the word “yesterday” (ayer). Here is an example of using ayer in sentences:

Abbreviations for Days of the Week in Spanish

The days of the week are abbreviated this way;

Instead of writing “jeuves”, you can simply write “J”. You can also write “M” instead of Tuesday. If you are writing in a more informal grammar style, you can use these alternatives:

This implies that you can use “Sá” instead of “Sabado” to represent Saturday. Instead of writing “lunes” for “Monday”, you can simply use “Lu”.

Alternatively, you can use the three-letter format below:

This implies that you can use “Sá” instead of “Sábado” to represent Saturday.

Grammar rules are essential topics and are pretty simple, but many people have trouble making sense of them. We just finished discussing the day of the week and i’m sure it now makes more sense to you. You can start making use of the knowledge you’ve gotten from this article while talking to other speakers and to improve your vocabulary. If you have any question or anything else you’d like to clarify, drop it in the comment box below.

Next Post: The 10 Most Spoken Languages In The World 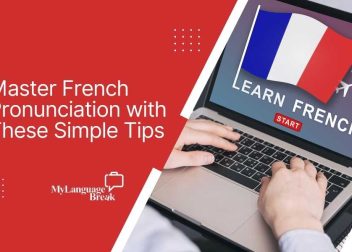